Mary Magdalene and Me 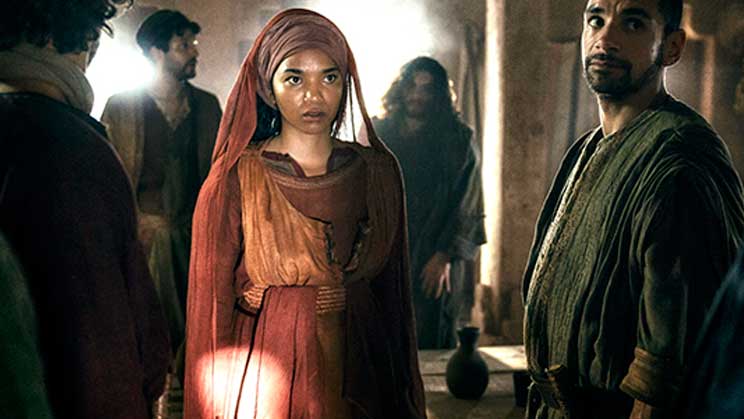 I share a birthday with Mary Magdalene – her feast day that is. In his article “How Mary Magdalene the Apostle Was Slandered”  Günther Simmermacher provides some very useful insights into how and why the image of this great Mary — “the Apostle of the Apostles” — has been blurred and indeed muddied over the centuries.

I thought I was already well-versed on my patronal saint, but reading a preview of that article, I confess that even I had something to learn!

And that is why I want to encourage readers to know about and claim their own personal saint.

Generally, we have focused on the saints we are named after, and this used to be easy. Up until my generation, Catholics nearly always were named after Premier League saints — our Catholic schools were awash with Dominics and Clares and Marys. That tradition has definitely ebbed away.

Quite rightly many African families (and increasingly non-African families) want their children to have African names, and there just aren’t enough African canonised saints (yet) to provide much choice. So traditional names are the norm, noting that many of the popular ones have a religious connotation: Sithembiso (“covenant”), Nkosinathi (“the Lord is with us”), Tshepo (“hope”).

Among those seeking English-language names, the rise in popularity of more modern monikers has not passed the Catholic community by. This has seen a resurgence in Biblical names; even when people have little knowledge of the stories of Hannah or Noah or Ethan.

But there’s also an increase in names which are unlikely to have a canonical reference — we would struggle to find a St Kylie or a St Brett.

However, I was surprised to discover that lots of names I would have dismissed as lacking Catholic references do have a saint lying behind them in the mists of time. Google it and you might find a St Jason, a St Emily or even a St Kyle!

The patronal saint that we often overlook though is the one on whose day we are born. I urge you to spend some time researching this since it can yield some interesting results.

The first advantage is that there is a wonderful randomness: it’s like liturgical lottery!

But by the random chance of Günther having been born on April 6 — you have lots of time to save up for a suitable present—he could claim an association with, among others, St Celestine. The fact that this 5th-century pope was known for creating the Church’s diplomatic service and also for fighting heresy provides much material for reflection.

The richness of the Roman Calendar means that he has 14 saints to choose from for his birthday: including five martyrs, four abbots or bishops, two popes, a king, a deaconess, and a young lay woman. Saints come in a range of shapes and sizes and under the most recent papacies the canon is becoming more and more diverse and representative of the universal Church.

So while I have written before about my great devotion to St Anthony (my middle name and a much more interesting role model than St Raymond), I also choose of the 12 saints celebrated on July 22 to pause and reflect on Mary Magdalene.

In some ways, I like the idea that Mary Magdalene has been misunderstood and that her reputation has been sullied by the Church over the centuries. If God writes straight with crooked lines, sometimes our clerical leaders are adept at making the lines more crooked.

I like the idea that, in part, the prejudice she has suffered is just for her gender — and so am inspired to fight for those who suffer prejudice of any kind, both inside and outside the Church.

As someone who loves the arts, I like the idea that she has been an inspiration to artists across the centuries, from Titian to El Greco to Andrew Lloyd Webber.

I love the idea that, even though she was so close to Jesus of Nazareth, she initially failed to recognise him in the risen Christ (Jn 20:15).

And I find myself constantly returning to the idea that the person who is first asked to proclaim the good news of the Resurrection was not one of the approved, had no clerical status, no pulpit, no ecclesial licence to preach. She just had a mandate from Jesus and a passion to share what she had experienced.

I encourage you this week to use the Internet for something good and see what inspires you about one of the saints whose feast day is your birthday. Let God and Google surprise you!