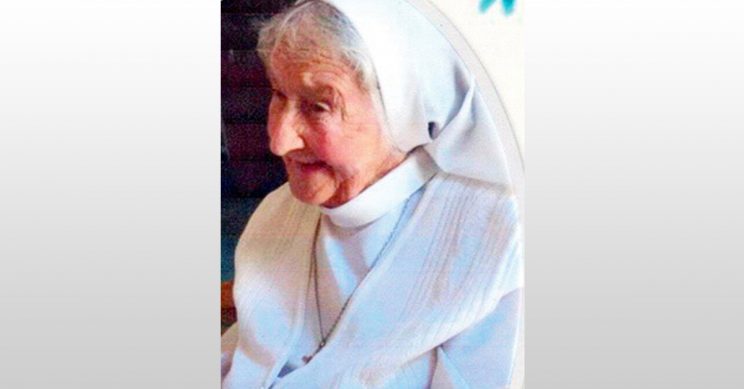 By Shirley Juan – Sister Mary Carmel Collins of Estcourt, KwaZulu-Natal, died on September 18 at the age of 88.

Born Mary Philomena Collins on August 9, 1931, in Castlehaven in County Cork, Ireland, she joined the Augustinian Sisters of the Mercy of Jesus at Boarbank Hall convent in Cumbria on September 30, 1949, at the tender age of 18.

She took her first vows there in 1952 and shortly thereafter came to South Africa. Here, she studied towards a teaching and religious education diploma at the University of Natal in Pietermaritzburg.

Sr Mary Carmel took her final vows at the Augustinian convent in Ladysmith in February 1957. She was fluent in French and Afrikaans, and taught at the convent school until it closed down in the early 1970s.

Sr Mary Carmel was known to be a humble, wise, intuitive, empathetic, generous and caring person. Some even described her as saintly, extraordinary, a fount of knowledge and deeply faithful.

She taught catechism for over 30 years, and three generations of parishioners at St John’s church in Estcourt attest to her preparedness for her lessons and how she lived her faith.

The other Sisters jokingly called Sr Mary Carmel “Twinkletoes”—not just because of her amazing energy and upright posture, but also for her purposeful, dignified strides. She was an Irish dancer of note.

Sr Mary Carmel was a true missionary all her life. She would always find someone to take her to Kwezi, Trenchtown, Esigodlweni or Colita, where she taught catechism in parishioners’ homes, and would even get older family members to join in the prayers. She always took along little gifts for children and their families.

Her dainty floral arrangements, stones, tree bark and shells all attested to her efforts to glorify her Creator. Her flowers in the convent chapel were always a visual treat. So too were her Nativity Scenes at various places in the convent.

Sr Mary Carmel valued the work of hospice and would visit the sick at Shepstone Place for the Aged, as well as those ill in their homes.

She did all this until she herself could scarcely walk upright and succumbed to further complications of pneumonia.

Sr Mary Carmel was the local Church’s “historian” and always made a point of learning people’s names. Above all, she loved to spend time with her Lord and Master, immersing herself in prayer.

Whenever one was in need of prayer, one could call her and be assured that she would light a candle in the convent chapel and pray for the intention.

Sr Mary Carmel is survived by a sister in the United States, as well as nieces and nephews.

The parishioners of St John’s and many members of the Estcourt community celebrated the life of Sr Mary Carmel at her Requiem Mass.