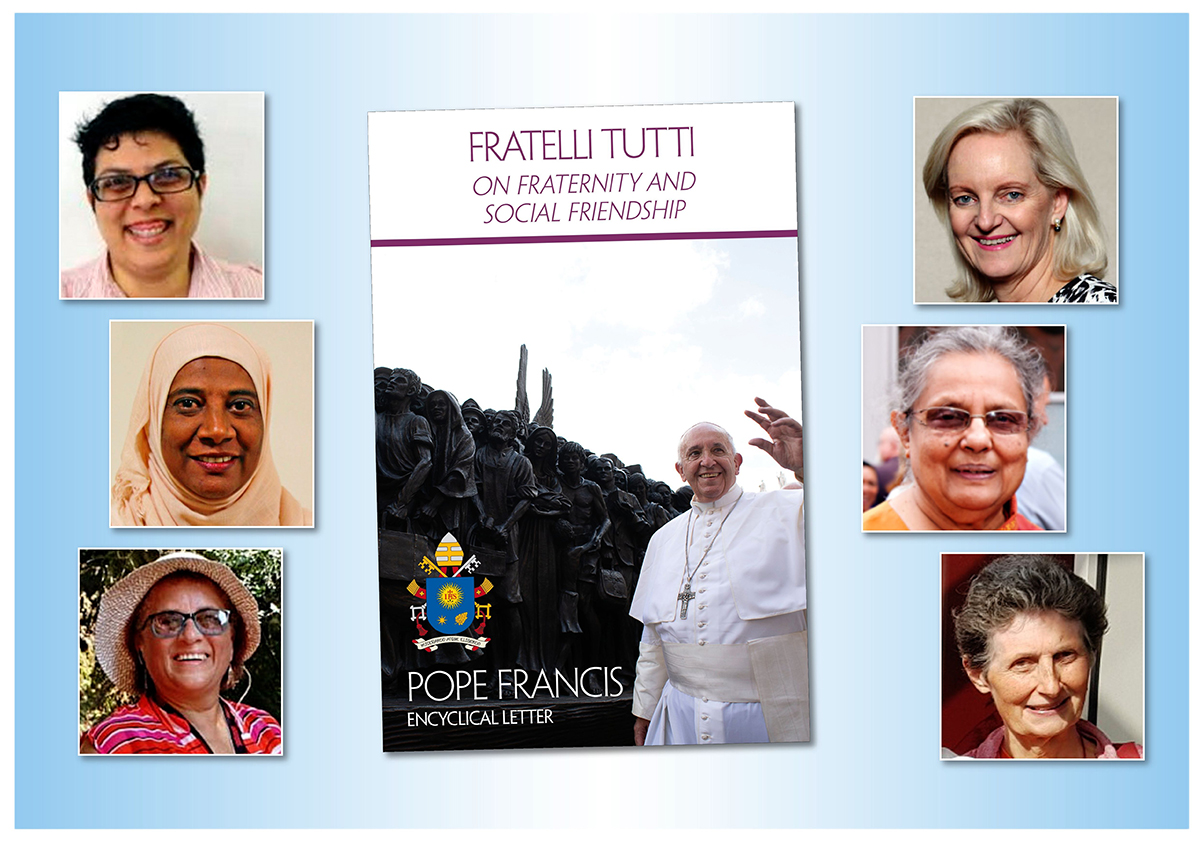 It’s been almost two months since Pope Francis published his encyclical Fratelli Tutti on the feast of the little poor man of Assisi (il poverello). In a world where social media zooms past us, the temptation is to dismiss this now as “old news”. But Vatican documents are not fast food — they are rich dishes to be savoured over time, and at 37000 words there is plenty to chew on in this dish!

Pope Francis in Fratelli Tutti urges us: “Between selfish indifference and violent protest there is always another possible option: that of dialogue.” He defines this as “approaching, speaking, listening, looking at, coming to know and understand one another, to find common ground”.

So looking for partners with whom to dialogue about Fratelli Tutti, I was inspired by the example that the pope cites of St Francis’ willingness to visit the sultan in Egypt, mirrored 800 years later in his own visit to Abu Dhabi in February 2019 to sign a joint declaration with the grand imam of al-Azhar, Cairo.

I also noticed that when talking about people whose lives he found inspiring, Francis places alongside two Catholic saints a Baptist (Martin Luther King), a Hindu (Mahatma Gandhi) and an Anglican (our very own Desmond Tutu) — all of whom have a particular resonance for South Africa. So the dialogue partners I sought are from other Christian and faith traditions.

But curiously — even though he repeatedly stresses the equality of women and men — the only woman that Francis names in the encyclical is Our Lady, and not one of his 288 references cites a woman. This unfortunately fuels critics who feel that the very title of the document excludes women. As a student of the language, please accept my assurance that fratelli in Italian need not be gender-specific and so is not directly equivalent to the English word “brothers”, which clearly is. But the question still lingers.

I sought comment on Fratelli Tutti not just from people of faith but from six women of faith, all of them partners in the work of the Denis Hurley Centre in Durban (in fact, one is a trustee and another a patron). What did they make of Francis’ encyclical?

I am pleased to say that they were all grateful for a reason to read and reflect on it and generally welcomed its main message, its openness to dialogue, and its call to action. Given their varied backgrounds — different from mine and different from one another — they helped me see ideas in the text which I would have missed.

Most of the women I asked are married and parents (and, in one case, openly homosexual). So it was not surprising that they particularly welcomed the pope’s concern for the plight of children and the need to include children in our “culture of encounter”. Given that four of them are also women of colour, I was struck by a comment that while Francis’ view of “dark clouds over a closed world” was depressing, it probably understated the harsh reality faced by people (and especially women) of colour.

Lauren Matthew, a Methodist minister, noted parallels with the writings of Martin Luther and John Wesley. She placed Pope Francis on a continuum with these important reformers in calling on the Church to recognise when it has been complicit and complacent and needs to “shift from toxic patterns of participating in the world”. Like them, Lauren saw Francis as calling us to “more than just a superficial and polite response” to the problems we see around us.

Saydoon Sayed, a Muslim scholar and also a key figure in “Religions for Peace”, was not alone in finding hope that we can address the “dark clouds” since we are all children of one God, who can look within ourselves and at our ethics of everyday living. Picking up on Francis’ core story of the Good Samaritan, she suggested that we remember that we are all “strangers on the road”.

Delysia Timm, an Anglican priest and academic, pointed out that the parable of the Good Samaritan shows us that often we fail to include the “other” because we do not even see the person. But she rightly went on to caution about the way in which our language might be unintentionally othering: not just the use of gender-exclusive terms but also the phrase “all Christians and people of goodwill”. Was this implying, she wondered, that all Christian are automatically people of goodwill? Or that among other people only some are people of goodwill? She felt that both of those were problematic ideas.

For Francis, the Good Samaritan is a model not just because he helps another person but also because he finds his personal fulfilment in doing so. Mary Kluk, vice-president of the World Jewish Congress, praised the pope for stressing that “the opportunity to belong, to be a contribution, is what is so often missing from our lives”. She shared his fear that we are instead tempted to isolate ourselves in a prison of entitlement and superiority, quoting his words: “Isolation, no. Closeness, yes. Culture clash, no. Culture of encounter, yes.”

Ela Gandhi, renowned social activist and granddaughter of the Mahatma, echoed Saydoon in welcoming Francis’ stress on the practical response of “acts of kindness” as a step towards a just and peaceful world. Ela explained that Hindu scriptures and hymns speak about the virtue of kindness as a step ahead of charity or empathy. “Kindness is not just an action but is accompanied with a warm feeling, and indeed it is a star in the midst of darkness,” she told me.

Elizabeth Gaywood, drawing on the Tibetan Buddhist tradition, went further in urging that genuine compassion and loving kindness should be not just towards other people but towards all sentient beings. She explained that in Buddhism we can do this once we are freed from a focus on our own suffering.

Ela picked up on this idea of being “freed to” once we are “freed from”. Francis’ words resonate for her: “Kindness frees us from the cruelty that at times infects human relationships, from the anxiety that prevents us from thinking of others, from the frantic flurry of activity that forgets that others also have a right to be happy.”

I leave the conclusion to Lauren, who sees Francis as distinguishing between superficial acts of charity, and heart — changing and institution — changing acts of mercy. “These become practices which, grounded in God’s activity in the world, stretch us open to the already present God that is at work in our story and the story of all creation.”

This column by Raymond Perrier was published in the December issue of The Southern Cross magazine.