Interview with the Editor (Part 2) 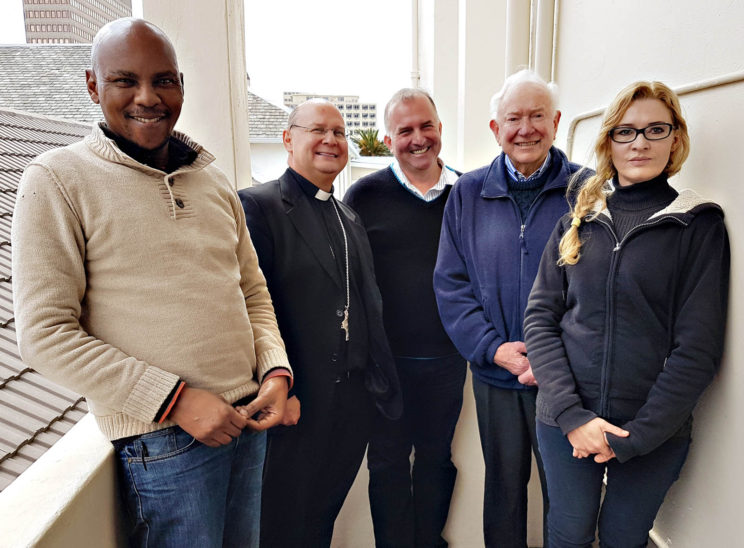 Do you edit letters much?

Only for clarity and language. But we might cut out inappropriate, irrelevant or repetitive points. And then the letters page editor, Mary Leveson, might have to shorten longer letters to fit them into the page. But it’s very important that we try our best to retain the integrity of letters.

Sometimes letter writers get annoyed at us for editing them, and as a writer myself I can understand that. But when we edit letters, we really try to serve both the writer and the readers.

At times some clergy and hierarchy have taken issue with The Southern Cross because they feel that it does not express what they want to see. What have you learnt about handling these situations when they arise in the last 22 years?

A couple of years ago a now-retired bishop wrote to me, saying something like: “There was a time when some people thought that you were not a good choice as editor but few would still say the same today.” Which was very good to hear.

I think that I might have come as something of a shock to the bishops in my early days as editor, because The Southern Cross very clearly took positions which in the climate of the Church at the time were controversial, and even taboo. I know that especially by speaking out forcefully about the clergy abuse scandal, I didn’t make friends in some quarters. But since Pope Francis is saying many of the same things now, The Southern Cross isn’t really that “controversial” anymore.

I see The Southern Cross as being very much of the middle-ground. And if one looks back, it always was on most issues, certainly under my editorship and that of my predecessor, Michael Shackleton.

These days I have a good relationship with most bishops. Some are very supportive of The Southern Cross, some are indifferent. I’m more disappointed in the indifferent bishops than the two or three that are critical. At least the critical bishops care about the newspaper.

And, of course, when a bishop or priest speaks out against The Southern Cross, that’s actually good marketing for us [laughs].

How do you as editor — especially in the papacy of Pope Francis who generates headlines weekly — decide on lead stories every week?

There’s no science to it. On the front-page, as a rule we try to have South African stories. And we look at stories that will inform, edify and/or entertain our readers, or make points that can inform our Catholic conscience.

We don’t seek controversy, and I don’t think [for us] it’s a selling point. As a journalist, I love working in an environment where we don’t need to do controversy or stitch up people.

Have you ever regretted any stories you published?

Oh, of course there are a few that could have been handled better. Stories with errors are annoying for any editor. Though we have remarkably few of those, in comparison to some other publications.

There is one story which I think was unfair to the priest involved, but that had more to do with the lack of cooperation from his diocese. We gave him the right to respond, and we resolved the issue amicably with the priest. And that’s important: if we mess up, we must try to fix it.

What have you found most difficult to manage as editor?

Well, writing editorials on a weekly basis is a tough gig. We’ve just put together an Editorial Advisory Board, and I hope that some of the members will pitch in with the occasional editorial. I think that would be really good for the newspaper as well.

What has been the highlight of your time at The Southern Cross?

The most incredible story was when an appeal we ran for a kidney donor for a teenage lad resulted in a kidney transplant, with the donor a future priest. That was a powerful experience.

It’s amazing how a newspaper can change lives. I also treasure the story of the prison inmate who decided to convert to Catholicism on strength of having read The Southern Cross. That is humbling.

There are lots of instances where The Southern Cross has had a positive impact on people’s lives. Those are the real highlights.

And for you, as a journalist?

Oh, from a professional point of view, having been interviewed or quoted by international broadcasters and publications worldwide like the BBC, Voice of America, Time magazine, New York Times, Washington Post, La Stampa and so on; that’s quite nice.

Actually, on a professional note, another highlight came fairly early in my editorship. There was a regular letter writer of a very conservative bent by the name of V.G. Davies, who is dead now. Mr Davies was not happy when I became editor. My late colleague Gene Donnelly told me that when he informed Mr Davies of my appointment [to succeed Michael Shackleton in February 2001], “V.G. turned on his heels and walked away, in disgust”.

Some time later Mr Davies phoned me about some amendment or other to a letter he had submitted. And then he said: “You know, Mr Simmermacher, I really enjoy reading The Southern Cross these days.”

Around the same time Archbishop Hurley was also very complimentary about my work, which meant a lot to me. But the compliment from Mr Davies, somebody who shared little common ground with me, probably trumped that.

What is the biggest challenge you, as editor, face today?

Keeping people like both Hurley and V.G. Davies happy? I really mean that.

The challenge, as editor, is to produce a quality newspaper that can bring together people of different perspectives, backgrounds and education, and that all of them find something that speaks to them in The Southern Cross.

That’s what I hope to accomplish.

Imagine a Church Without The Southern Cross…

Its 45 Years for Our Pamela Davids!

More in About us, History of The Southern Cross

Interview with the Editor: We are a forum for all Catholics

Günther Simmermacher has been with The Southern Cross newspaper since 1995 and became its editor in 2001. FR RUSSELL POLLITT SJ interviewed him...