Our Fight Against Corruption 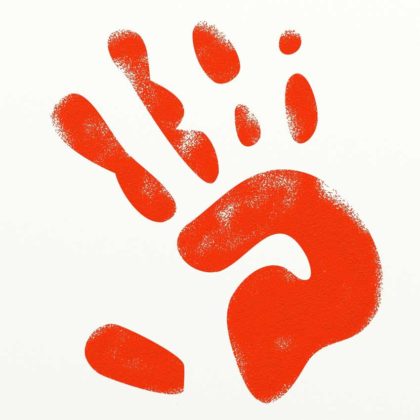 Are the ANC “looting the State coffers?” This week’s editorial looks at the state of government corruption, past and present

The health of a democracy can be judged by the extent of the corruption it permits. And by that measure South Africa’s democracy is not well. We must commend the secretary-general of the African National Congress for acknowledging that officials of his party are “looting” state coffers

Our democratic institutions are still providing the antibodies needed to fight the disease of corruption, but the government seems determined to weaken even these.

The current chaos in the Office of the Public Protector, for example, gives little hope that the resolute work of the previous incumbent in investigating the venalities of the Zuma administration will be sustained.

In that light, we must commend the secretary-general of the African National Congress for acknowledging that officials of his party are “looting” state coffers.

Addressing an ANC rally this month in Evaton‚ Gauteng, Gwede Mantashe said: “There are people in the ANC who loot the state, and when you loot‚ you destroy the ability of the state to deliver services.”

Speaking on the needs of the community he was addressing, he said: “We can’t leave Evaton as it is much longer‚ with no streets. We can’t complain that there is no money because there is money, but the problem is, ‘how do we use it’.”

Over the years, millions have been allocated for infrastructural improvements in Evaton which, however, did not take place. The experience of Evaton is replicated in many places around the country, to the detriment of the poor.

For this, the ANC, including its secretary-general, must be held accountable, because some of the individuals whom it deploys, even at the highest level, fail to meet their public obligations with integrity and competence. The ANC deployed the looters. This is a scandal which the party must address forthrightly. South Africa’s levels of corruption …cannot be reduced to Mr Zuma, the Gupta family and their venal underlings at the trough.

Among the favourites to succeed President Jacob Zuma at the ANC’s National Conference in December is outgoing African Union Commission chair Nkosazana Dlamini-Zuma. As health minister under Nelson Mandela, she was at the centre of the first post-1994 government corruption scandal.

By today’s standards, the scandal around the commission and financial controls surrounding the Aids education play Sarafina II was small fry. South Africa’s levels of corruption have grown enormously since then — and this cannot be reduced to Mr Zuma, the Gupta family and their venal underlings at the trough.

The rot truly set in with the arms deal and the cover-ups associated with it under the Mbeki presidency (to which Mr Zuma, of course, was alleged to have been party). Of course, corruption was also part of South Africa’s political, economic and business firmament long before the ANC assumed power in 1994.

Unlike then, we have the advantage of democratic institutions and enshrined freedoms that allow for corruption to be revealed. It is those with something to hide who seek to weaken these institutions and freedoms.

But as we — the public as individuals, as organisations, as churches, as businesses and so on — condemn the corruption of public officials and congratulate Mr Mantashe for confirming what we already knew, we are also called to personal introspection.

For anyone, temptation and opportunism can be overwhelming, especially in an atmosphere where dishonesty is tolerated. If we are paying or receiving bribes or engage in otherwise fraudulent or iniquitous behaviour — whenever we try to “get away with it” — we are part of the cancerous culture of corruption.

These temptations, these sins, confront us at any time. Our resistance to them is an on-going project which must be linked to our respect for the self, for others and, most importantly, for God.

Our challenge, moreover, is not only to avoid the temptation of corrupt behaviour but also to teach and encourage the observance of the virtues of truthfulness, honesty, personal integrity and respect for the rights of others.

The Catholic Church’s many schools and institutions are contributing towards inculcating a strong sense of morals based on the will of God and the love of Christ. We all need to make a greater effort as we witness corruption in politics, sport, business, and even in church groups and schools.

The colonialist Cecil John Rhodes once cynically observed that every man has his price, and this idea certainly did not die with him. That is why we must all work hard to prove him wrong.