Stations of the Resurrection: Stations 2 & 3

Up until the feast of Pentecost we are praying the Stations of the Resurrection or Via Lucis – Way of Light – stations that follow Jesus’ life after he died and rose again, bringing us to life in him. 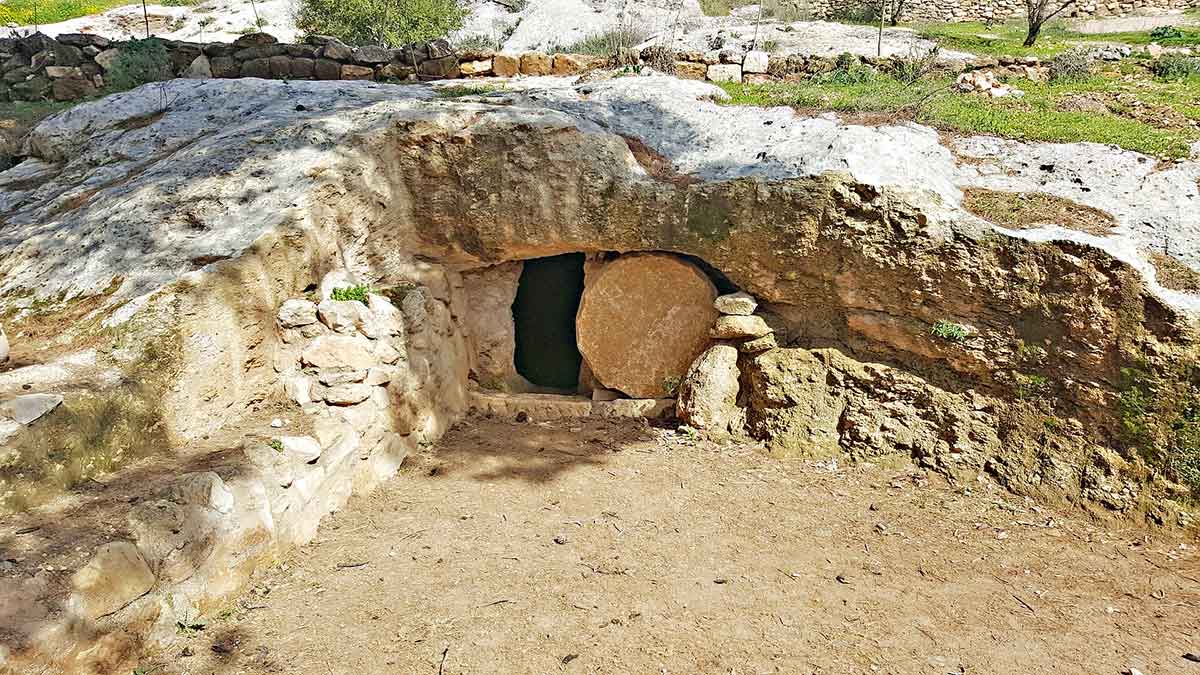 The Disciples go to the Empty Tomb
All:
We adore You, O Christ
and we praise You!
Because by the Wood of the Cross and
the Light of the Resurrection,
You have redeemed the world!

Reading: ”Then the other disciple also went in, the one who had arrived at the tomb first, and he saw and believed”
(John 20: 8).
Reflection:
The empty tomb was not a proof of the resurrection, but rather a silent witness of the greatest event of our faith. Seeing the empty tomb, the disciples were motivated to seek the Risen Lord at work in their midst. They saw and believed in the continuing presence of the Lord of love. All the empty and lonely places of human life are precisely where the Lord wishes to work and be revealed.

Prayer:
God our Father, creator of all, today is the day of overwhelming joy. The Lord appeared to those who had begun to lose hope and opened their eyes to what the Scriptures foretold: that first He must die and then rise. May the Risen Lord breathe on our minds and open our eyes that we may know Him in the breaking of bread, and follow Him in His risen life. Grant this through Christ our Lord. Amen.
All:
Alleluia, alleluia, alleluia.
The dear belov’d apostle John
Could faster than St. Peter run,
Arriving first before the tomb. Alleluia. 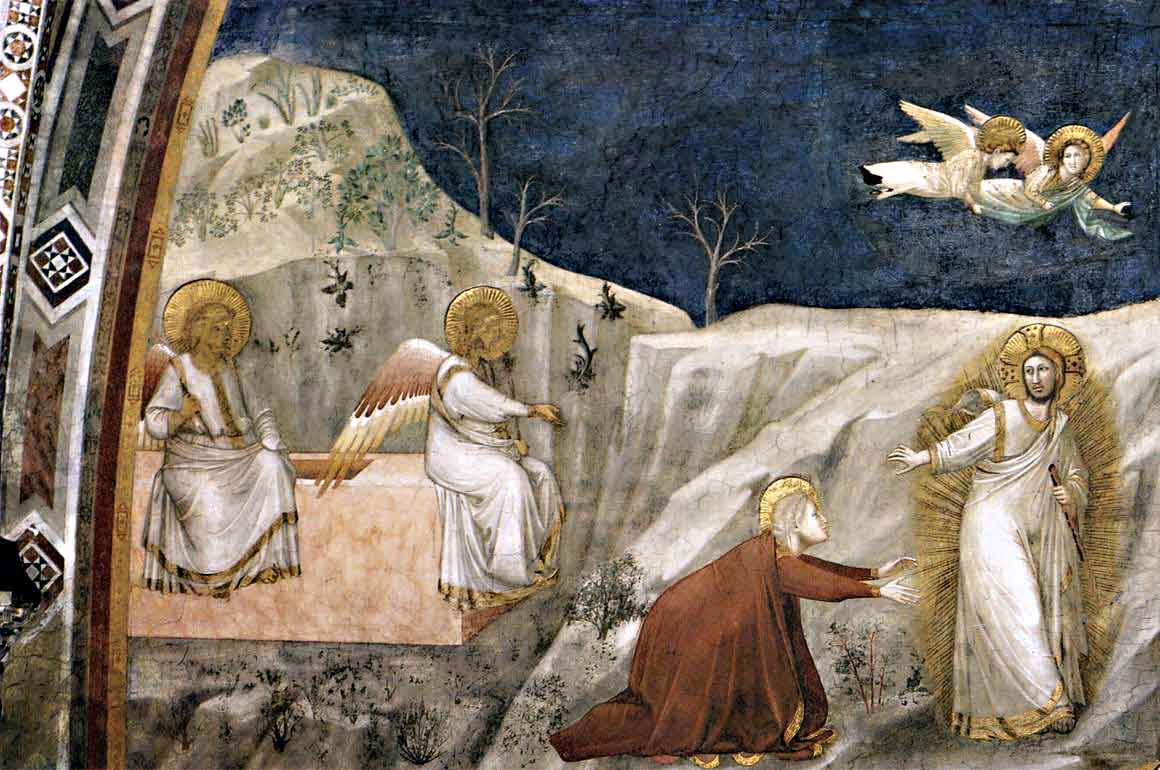 The Risen Lord Appears to Mary Magdalen, Apostle to the Apostles
All:
We adore You, O Christ
and we praise You!
Because by the Wood of the Cross and
the Light of the Resurrection,
You have redeemed the world!

Reading:
“She turned around and saw Jesus there, but did not know it was Jesus. Jesus said to her, ‘Woman, why are you weeping? Whom are you looking for?’ She thought He was the gardener and said to Him, ‘Sir, if you carried Him away, tell me where you laid Him, and I will take Him.’ Jesus said to her, ‘Mary!” She turned and said to Him in Hebrew, ‘Rabbouni,’ which means Teacher. Jesus said to her, ‘Stop holding on to Me, for I have not yet ascended to the Father. But go to My brothers and tell them, ‘I am going to My Father and your Father, to My God and your God.’ Mary of Magdala went and announced to the disciples, ‘I have seen the Lord,’ and what He told her” (John 20: 14b-18).
Reflection:
In the fourth gospel, Mary Magdalen is given the mission to carry the good news of the resurrection to the apostles and the disciples. Mary had been in the company of Jesus and His followers, and is given the privilege to announce the hope of new life. She is known over the centuries as “the apostle to the Apostles.” Jesus called her by name, gave her the eyes of faith, and called her to give a unique personal witness to her friends in the faith community.

Prayer:
God our Father, You will that all people to be saved and come to the knowledge of Your truth. Send workers into Your great harvest that the Gospel may be preached to every creature. May Your people, gathered together by the word of life and strengthened by the power of the sacraments, advance in the way of salvation. We ask this through Christ our Lord. Amen.
All:
Alleluia, alleluia, alleluia.
Not Magdalen, not Salome,
Nor James’ own mother then delay
Embalming Jesus’ corpse that day. Alleluia.

Readings, prayers and responses courtesy of the Salesians at sdbprov@iafrica.com – contact them for a Via Lucis booklet