The Church and Family: Let Me Speak Boldly 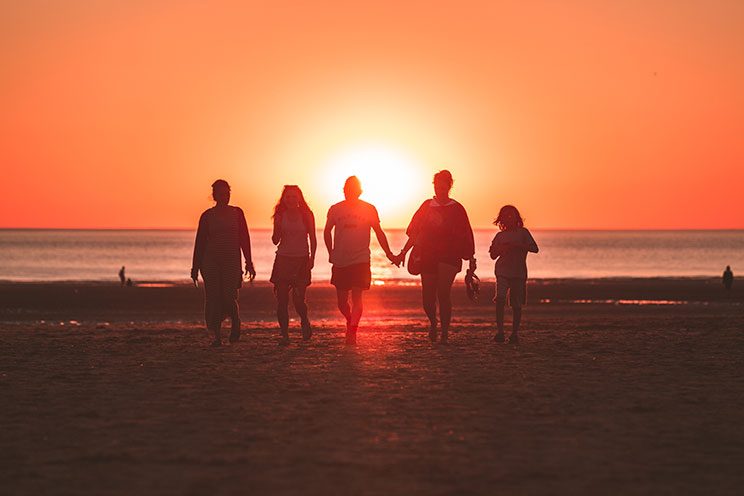 Before I started writing this article I was reading the October 16 issue of The Southern Cross. A few things in particular struck me as particularly interesting.

The Southern Cross enters its centenary year; Radio Veritas turns 20; the allocations of the 2019 Lenten Appeal funds; and Archbishop Stephen Brislin in his article on mission stressing the important witness of family life.

And then there was the snippet from an editorial from 50 years ago in the new “From our Vaults” section, warning of the danger of losing a traditional apostolate of home visits by clergy.

Quite a bit of food for thought on the subject of being family-friendly, not only by the Church out there, but also by families as little domestic churches.

Who cares for us in this area of family — or should we care for ourselves?

My answer would be both, the formal Church structures but also, very importantly, families at home.

That is what Marfam has been trying to do for the last 25 years, another anniversary which we hope to celebrate with a new injection of energy.

Archbishop Brislin calls for a time for boldness. So boldly I’ll say that, in my view, too little is being done about building up family life.

Issues such as clerical abuse, gender-based and domestic violence have received wider attention and resources from within and beyond the Church, but very little support is given to those of us on the ground preaching family enrichment, family communication, family spirituality.

Look at the photo page in any diocesan newspaper and it is all about sodality meetings and installations. First Communion and confirmation are marked mainly as “church” events.

Speaking boldly,  Marfam has received no support from the Southern African Catholic Bishops’ Conference for years, and very few donations are received from dioceses and parishes. But we are not alone. Nor has much funding been granted to family movements or diocesan family offices.

The Johannesburg archdiocese after its recent synod is planning to reopen its family desk. That is good news, but without a proper structure and competent people, where would that lead?

But let’s come down to the family at home level.  With the theme of “Baptised and Sent” for Extraordinary Mission Month, I suggested that families could have a little commemoration of their own baptisms—even with their “retired members”, and think about their godparents, maybe long gone to their rest.

For the month of November the family focus on loss helps us to accompany those who have suffered a loss through death or divorce or another sadness, in addition to praying for the repose of the souls of those who have died.

Retreats for the bereaved are most appropriate, and a little home altar with mementoes of those whom we have loved and lost can be a centrepiece for a moment of family prayer.

There has been a dramatic change in the relationship between Church and family in the last 50 years. A genuine family-focused ministry that recognised family spirituality of the little church hardly existed. Those were the days when we genuinely believed only Catholics were saved and questioned whether our pets had souls. Today is it a good idea for priests to visit families at home?

Pope Francis has led us into a new era (not an era of change, but a change of era, as he calls it)  and we recognise God present in all of creation. We believe in “The World—A Family of Families” which will be the theme for Marfam’s 2020 family year planner.

No doubt care of creation, rhino-poaching, extinction and climate change will capture attention and most likely some resources. Where does that leave the small human family, at all levels?  There are marriages that need support, parents and children who are struggling with passing on the faith and their relationships in this new technological age.

We can think big but act small. Let our motto be inspired by Pope Francis:  “Whenever we encounter another person in love, we learn something new about God.”

Family: What More Can be Done?

In October a group of Southern Cross pilgrims had a grace-filled journey through Catholic France — bookended by plane and...