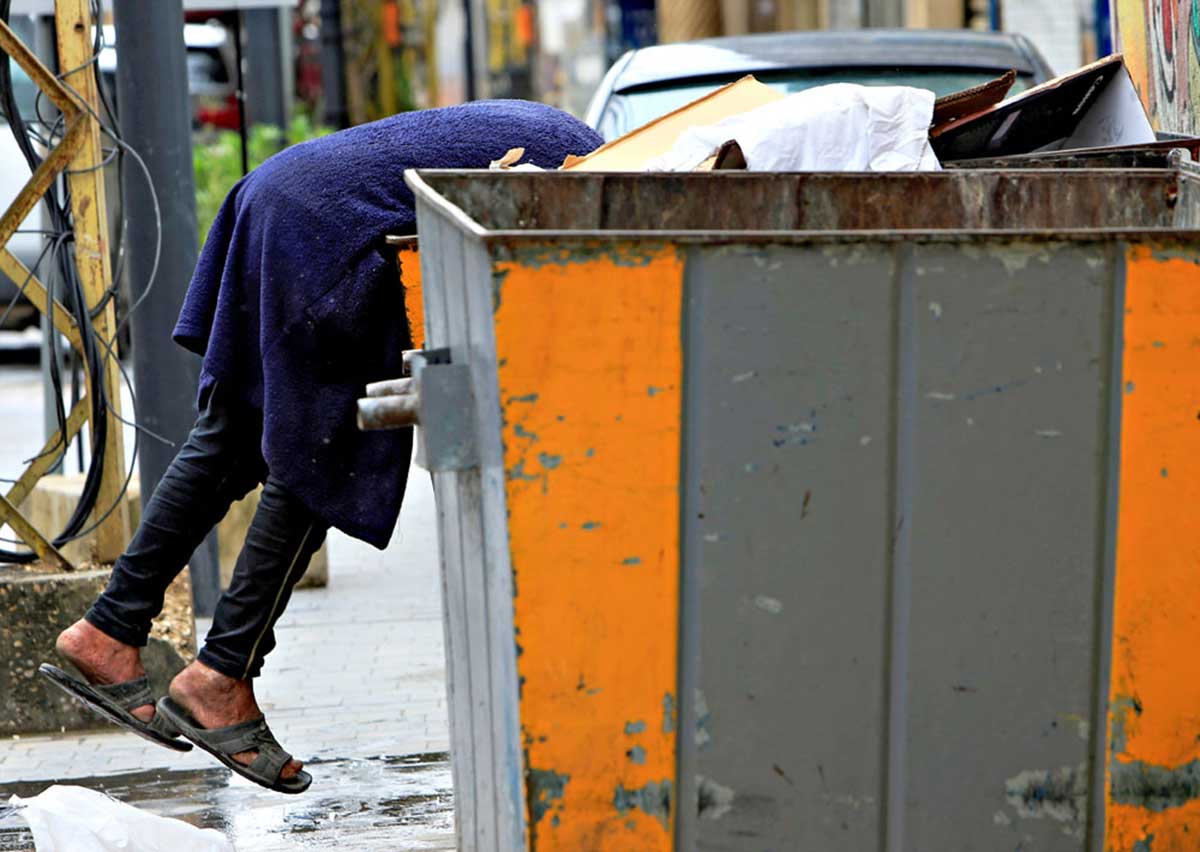 A man searches through a dumpster in Sidon, Lebanon.  (Photo: Ali Hashisho, Reuters/CNS)

I hear everyone say, with much hope, that the Covid-19 virus will change how the world operates.
When I hear that, I keep quiet because I don’t want to seem pessimistic. But I believe that the selfish hegemony of capitalism in our economic affairs will make it very difficult to make any real structural changes, as it always has.

I doubt much will change, even though, with 18th-century philosopher Jean-Jacques Rousseau, I do believe that we’re innately good by nature.

To paraphrase Thomas Hobbes, for many people, life in capitalist nature is nasty, brutal and short. I find that baffling, since our adopted Anglo-American financial systems are purportedly driven by the theological work values and ethics. But this is not the place nor time to argue that.

Suffice to say, from where we are now that we would serve the demand of “not letting a crisis go to waste” best if history looks back at our coronavirus era as a watershed moment that ushered in and made standard the Universal Basic Income (UBI), or Basic Income Grant.

After all, we look back at the murderously brutal epochs of pandemics like the Black Death and cholera as times that brought us better public hygiene by making plumbing and water reticulation standard in human settlement.

Of course, we still struggle to fulfil these demands for public hygiene facilities in informal areas, but we’re all agreed that they must be standard everywhere.
So, the UBI proposal is to give each adult member of the society minimal means to look after their basic life needs through monthly cash, tax-funded transfers, with no strings attached.

This provides them with the means to participate in the economy, which they also boost through creating demand for manufactured goods, produce and so on.
Though seemingly utopian, if you look into research and history you discover that the proposal has an array of practical benefits to recommend it, and it has had an impressive list of supporters, not least the Catholic Church.

These supporters range from libertarian economists like Milton Friedman to civil rights campaigners such as Rev Martin Luther King Jr.

It doesn’t take a genius to guess which side St Thomas Aquinas would be on. In his Summa Theologica, written from 1265–74, he said: “Man ought to possess external things, not as his own, but as common, so that, to wit, he is ready to communicate them to others in their need.”

This is basically where the Church takes her ideology of the universal destination of things that says, yes, we hold property, but we should hold it as if it is not completely ours and dispense with it that way, too.

A move towards income grants

Currently we’re noticing that even countries that are normally opposed to the idea of UBI are moving closer to it in practice. These are mostly strident proponents of free-market economics which are generally vehemently opposed to what they see as socialist freebies for the lazy.

So it was wonderfully surprising to hear welfare-resistant countries like the United States being among the first to offer $1,200 to its unemployed adults citizens.
Many countries have UBI in some form or the other. These include nations as diverse as Cyprus, France, Brazil, Canada, China, Kenya, Iran, and Saudi Arabia. All range on an average of $1,000 (about R19,000).

The less said about South Africa’s R350 unemployment grant the better, especially when you consider that our UIF is limited and serves less than 30% of our unemployed at any given moment.

Pope Francis, in his letter to popular movements in April, got to nitty-gritty of the challenges UBI is supposed to tackle.

“I know that you have been excluded from the benefits of globalisation. You do not enjoy the superficial pleasures that anaesthetise so many consciences, yet you always suffer from the harm they produce,” the pope said.

“The ills that afflict everyone hit you twice as hard. Many of you live from day to day, without any type of legal guarantee to protect you. Street vendors, recyclers, carnies, small farmers, construction workers, dressmakers, the different kinds of caregivers: you who are informal, working on your own or in the grassroots economy, you have no steady income to get you through this hard time — and the lockdowns are becoming unbearable.

“This may be the time to consider a universal basic wage which would acknowledge and dignify the noble, essential tasks you carry out. It would ensure and concretely achieve the ideal, at once so human and so Christian, of no worker without rights,” the pope said.
History will record our response to the conditions the Holy Father outlined.

The Church in Times of Pandemic

Pope: Economy Must Place People Above Idols Of Finance

Fr Pierre Goldie: Big Business Must Now Give Back