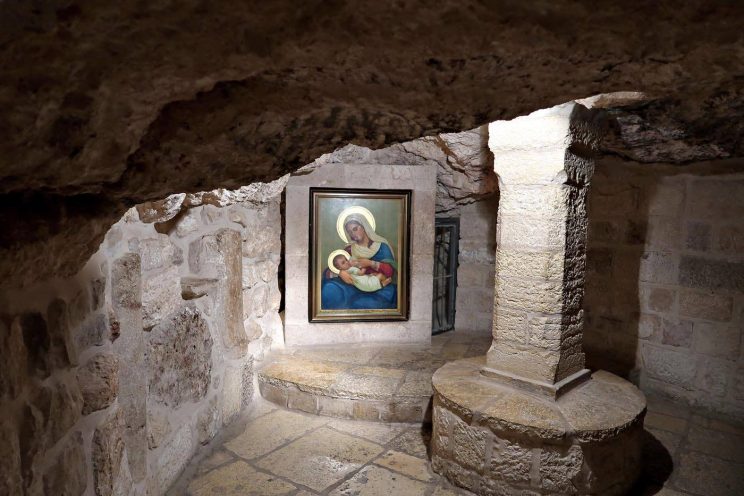 The Holy Land obviously is the place where Mary lived, so there are sites associated with her everywhere, from her reputed birthplace in Jerusalem to the spot of the Annunciation in Nazareth to the place where she fell into eternal sleep on Mount Zion. But none of these places have a history of miracles comparable to that of the Milk Grotto in Bethlehem.

Tradition has it that the Holy Family hid in this cave, now a church, during Herod’s Massacre of the Innocents before fleeing to Egypt, when Mary dropped milk on to the ground while breastfeeding Jesus. Suddenly, the legend goes, the rock of the cave turned white.

Pious devotion has it that drinking a mixture that includes the powder of the chalk stone, accompanied by prayer, boosts a woman’s fertility.

The small Franciscan chapel, built in 1872 on the site of a former 5th-century church near the basilica of the Nativity, is a lovely spot, built into the cave and decorated with several images of Our Lady breastfeeding. (Photo: Ninya Regalado/Wikipedia) 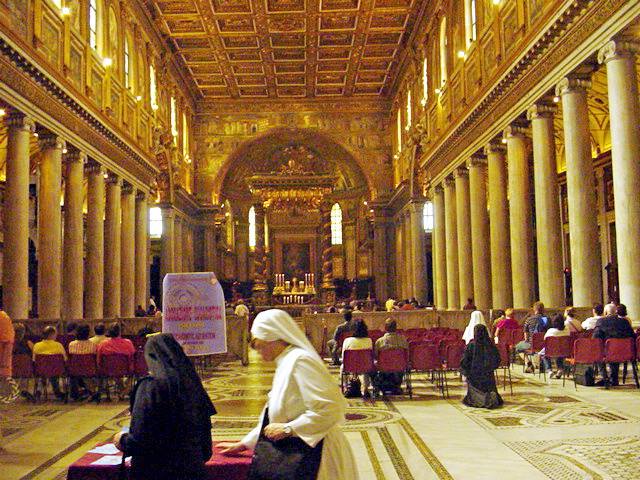 There are many churches dedicated to Our Lady in Rome, but this one has a very special regular pilgrim: Pope Francis, who comes here before and after each foreign trip to pray before the icon of Salus Populi Romani (Salvation of the Roman People. Possibly the oldest Marian image in Rome, it resides in the basilica’s Borghese chapel.

The icon’s history can be traced back to 590 AD, when it arrived from Crete in Rome; pious legend claims that it was painted by St Luke himself, on wood from the table of the Last Supper.

The basilica’s very construction is shrouded in a Marian legend. A story that can be traced back to the 1400s goes that in the early 5th century a Roman patrician named Giovanni and his unnamed wife pledged in their prayers to Mary to give all their possessions to the Church if only Mrs Giovanni could fall pregnant—but they asked for a sign.

So on August 5, in mid-summer, it snowed, and the same night the couple had an apparition of Our Lady. In obedience, they funded the building of the basilica, on the spot where the snow fell.

Alas, there is no record of the miracle until a thousand years later. Still, on the August 5 feast, white rose petals are dropped from the dome in memory of the miracle of the summer snow. (Text & Photo: Günther Simmermacher)

8. Our Lady of Lebanon 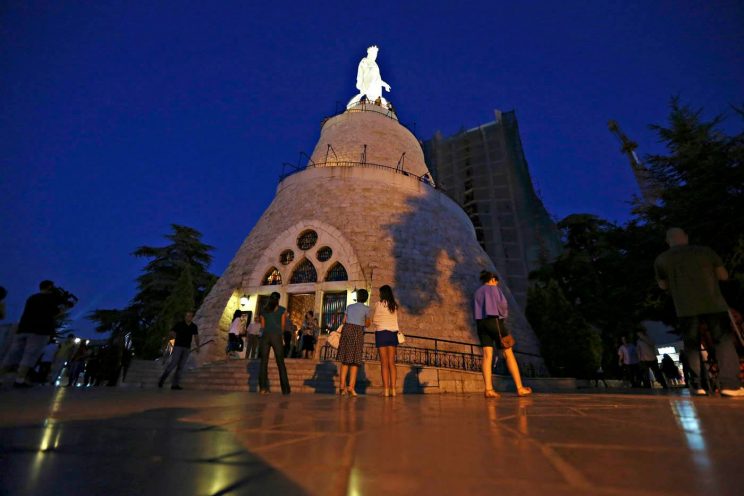 Members of Maronite parishes will be very familiar with the statue of Our Lady of Lebanon, which was erected in 1907 on top of a hill in the village of Harissa, 20km from Beirut.

It attracts millions of pilgrims — not only Christians but also Lebanese Muslims and Druze, who have a devotion to Mary. As such, it is not only a site of Christian devotion, but also of interreligious encounter and national unity in Lebanon.

A large, modern basilica dedicated to St Paul serves the site’s liturgical needs. It was visited in 1997 by Pope John Paul II and in 2012 by Pope Benedict XVI. (Photo: Jamal Saidi/Reuters/CNS) 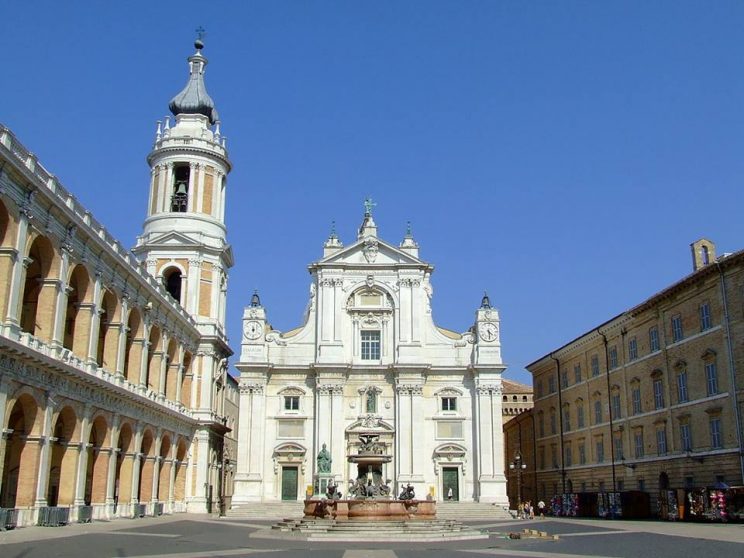 Of Italy’s many great sites of pilgrimage, the coastal Adriatic town of Loreto is one of the most popular, with around four million pilgrims a year.

Legend has it that in 1295 angels miraculously carried the preserved house of Mary from Nazareth to eastern Italy. The rather less fantastical truth is that the structure — 9m long, 4m wide and 5m high — was likely brought to Loreto by a Crusader family. Since they were named De Angelis, the tradition about house-moving angels evolved.

Archaeologists have indicated that the stones of the structure might well have come from the Middle East; but nobody can be sure that what the Crusaders brought to Loreto was indeed Mary’s house. The discovery of 1st-century homes in Nazareth suggests that the Loreto house is architecturally different from the residences found in the Holy Family’s village.

A pilgrim basilica was built in the 15th century to house the house of Mary. (Photo: Massimo Roselli: massimo.roselli.info)

6. Our Lady of Czestochowa, Poland 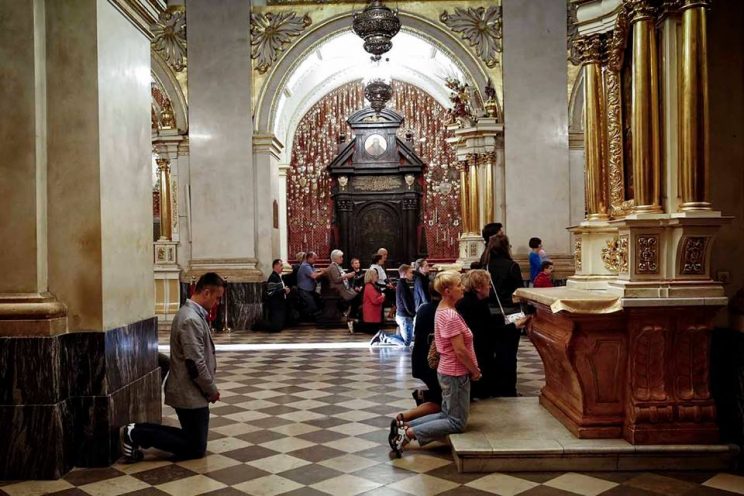 We have encountered several Black Madonnas on our journey through the world’s most popular Marian pilgrimage sites—and the icon of the Black Madonna of Czestochowa is the most famous of them all, attracting 4,5 million pilgrims a year to the monastery of St Paul the Hermit in Jasna Gora.

The devotion to the Black Madonna of Czestochowa goes back to 1384, but legend claims that the icon of our Lady is much older than that: painted by the evangelist Luke himself. The truth probably is that the 80x120cm icon was made between the 6th and 8th centuries.

Many miracles are attributed to prayer before the icon, including the protection of Poland by invading Swedes. During the Nazi occupation of Poland, the Black Madonna was a symbol of resistance; during communist rule it was a sign of Catholic unity.

South Africa has a special link with Czestochowa: Bishop Stanislaw Dziuba and other priests in the diocese of Umzimkulu in southern KwaZulu-Natal are members of the congregation of the Order of Saint Paul the First Hermit and were trained for the priesthood at Czestochowa. (Photo: Nancy Wiechec/CNS)